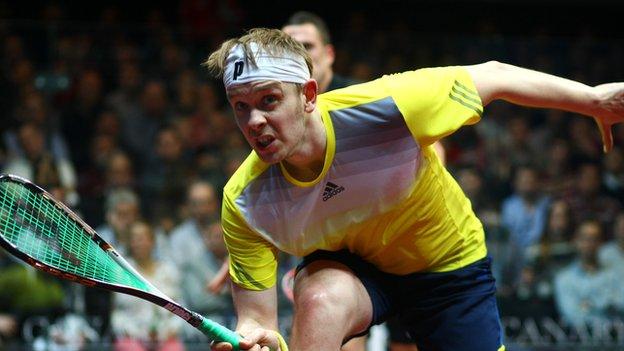 England beat the number one seeds and holders Egypt to win the World Team Squash Championship final in France.

Daryl Selby won the opener for the number two seeds, against Tarek Momem, before Nick Matthew was beaten by world number one Ramy Ashour.

The result was a reverse of the outcome in 2011 when Egypt took the title by the same scoreline.

"There has been so much disappointment for all of us over the past season so to finish the season like this is fantastic," said Willstrop, 29.

"We have got a great rivalry with Egypt on the Professional Squash Association tour and it has been so tough.

"Egypt are having a wonderful period at the moment, just as we are, and the last couple of times we have lost to them.

"We have worked hard and continued to do the things that we have always done.

"It is just lovely when it pays off," he added.

For the fourth year in a row the top four seeds all reached the semi-finals, with England beating France 2-0 while Egypt saw off Australia.