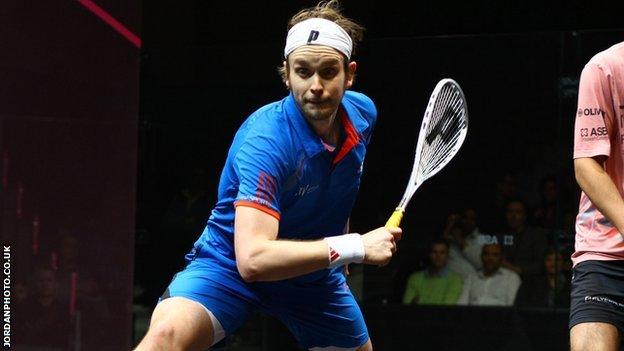 James Willstrop and Nick Matthew stayed on course for an all-English men's final at the World Series Squash Finals after both reached the semis on Friday.

In the women's tournament, Laura Massaro and Jenny Duncalf set up an all-English semi-final after battling through the group stage.

"These youngsters don't seem to feel it too much! I was just relieved to get that first set in the bag. That's always the key with this best-of-three format."

With squash bidding for a place at the 2020 Olympics, Matthew was cheered on by British Olympians Greg Searle, Victoria Pendleton and Joanna Rowsell and his victory was enough to earn him second place in his group behind Amr Shabana of Egypt.

"I want to say thank you to the Olympians for coming. It means a lot to have them supporting squash," said Matthew, who faces a tough semi-final against French world number four Gregory Gaultier on Saturday.

"It was getting a bit edgy towards the end of the second. I got a bit tentative but that's what happens when it's all on the line."