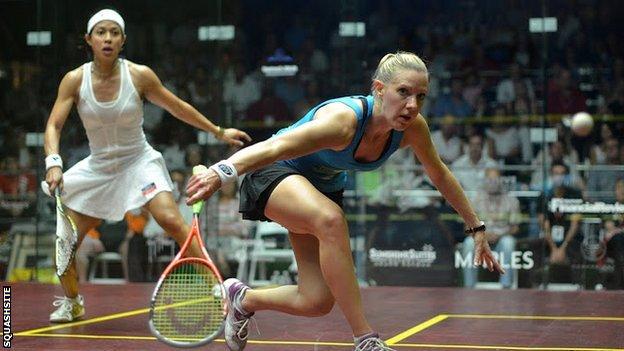 England's Laura Massaro was beaten in straight games in the World Open final by world number one Nicol David.

The Preston-based 29-year-old managed to force the Malaysian into long rallies and led 7-5 in the second game.

"I'm proud to make the final but a bit disappointed I couldn't close out any of the games," said third seed Massaro.

"Congratulations to Nicol on another title. You have to work really hard to beat her; she doesn't lose very often.

"We're all working to get closer, but she steps up to the challenge to."

David said: "Laura played so well; she was pushing me on every point. I just couldn't relax at any time; she played a brilliant match today.

"I had to step up another gear to win. I just wanted to win so much."