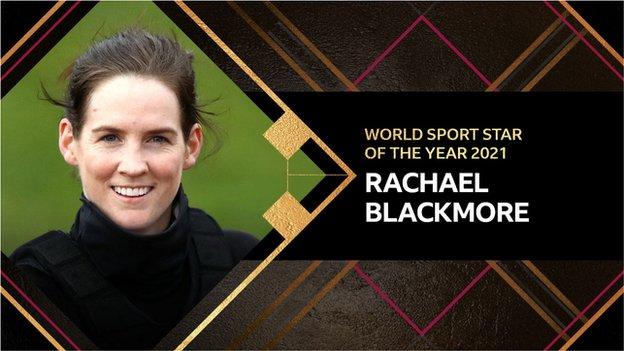 The 32-year-old became the first female rider to win the Grand National at Aintree with victory on 11-1 chance Minella Times in April.

No other woman had ever finished in the first two of the famous steeplechase.

Blackmore also became the first woman to be leading jockey at the Cheltenham Festival in March, where she racked up six victories.

She said receiving the World Sport Star award was "unbelievable".

"The support has been incredible. I got such a kick out of being on that list of nominees. This is just incredible," she added.

"My dreams were so big, but [this year] far surpassed anything I could have ever imagined.

"The reaction has been brilliant, I feel very privileged to have had the year I've had."

The previous best by a female rider in the National was Katie Walsh's third place finish in 2012. Women were not permitted to ride in the race until 1977, and in total, only 19 female jockeys have competed.

The 2020 winner of the award was Russian UFC fighter Khabib Nurmagomedov. 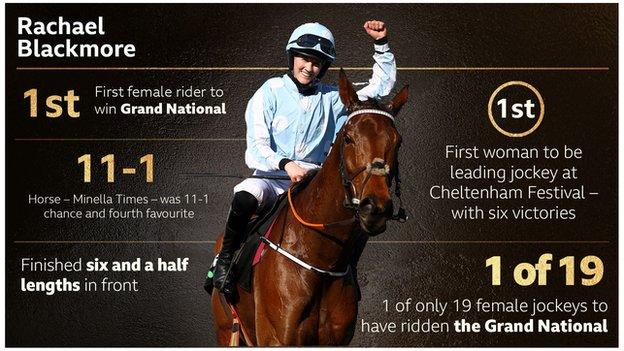