And there you have it: Geraint Thomas has been crowned the BBC Sports Personality of the Year 2018.

For the first time in its 65-year history, the nominees for the main award were announced on the night, inevitably producing a lot of buzz on social media.

Some of the biggest stars in sport joined together to celebrate another momentous year, with eight prizes handed out in Birmingham.

Here's how you reacted to the winners, losers and the shock omissions from this year's contenders.

How you reacted to the line-up

Five minutes into the programme, the six contenders were revealed on the night in a SPOTY first.

The conversation on social media was in full flow as viewers gave their opinions on the shortlist: Harry Kane, Geraint Thomas, Dina Asher-Smith, Lewis Hamilton, Lizzy Yarnold and James Anderson. 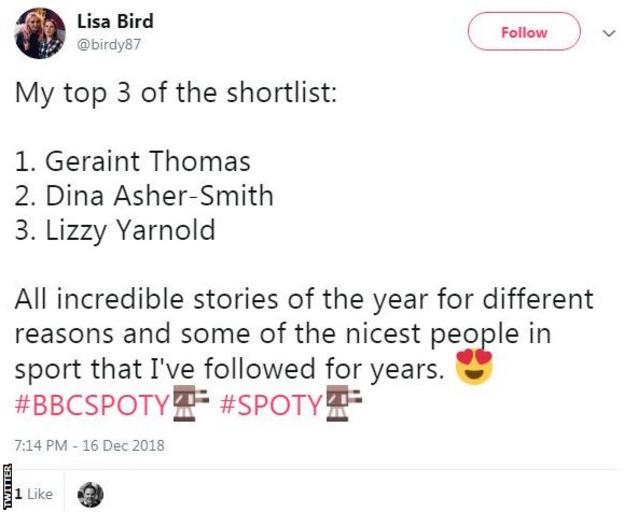 But not everyone was impressed with the line-up, with eyebrows raised when five-time world snooker champion Ronnie O'Sullivan and former world boxing champion Tyson Fury missed out on a place in the final six.

The pinnacle of the night. The highlight of the evening. The cherry on top of a memorable night.

The 32-year-old 2018 Tour de France winner joins an impressive list of previous winners, and became the first Welsh winner since Ryan Giggs in 2009. 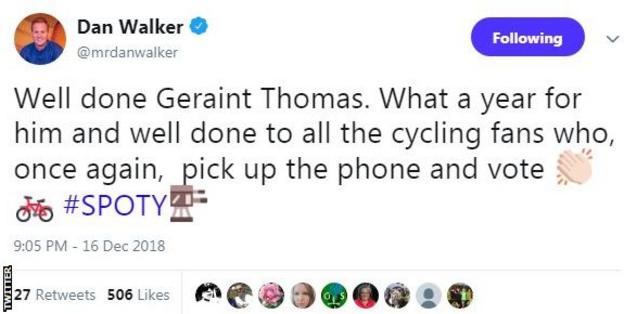 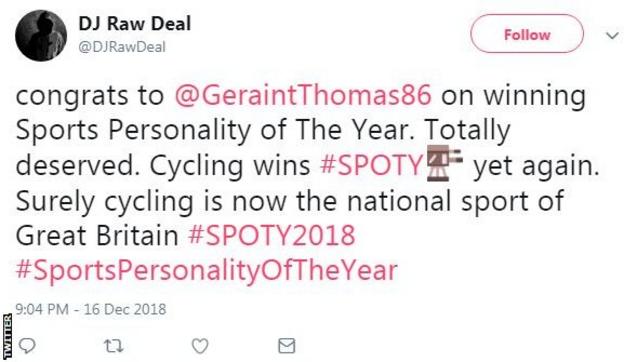 The memorable win also meant the Roses were named both Team of the Year and Greatest Sporting Moment, the latter a new category voted for by the public.

Summer 2018 will be forever etched into all of our minds for one main reason.

No, not the heatwave; although we wouldn't mind basking in scorching sun given the temperature at the moment.

It's coming home. Ring any bells? Of course it does.

And one man allowed England football fans to dream a dream we never even thought would be possible.

Unsurprisingly, the reaction to Gareth Southgate was overwhelmingly positive - despite him forgoing his trademark waistcoat for the evening. 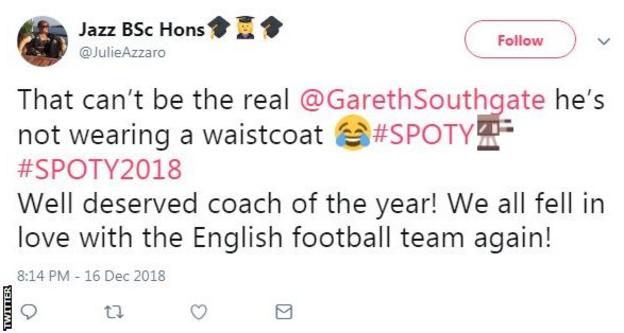 The soundtrack to the summer for England fans.

SPOTY is known for its memorable moments - and this year was no different, as Frank Skinner and David Baddiel reunited with The Lightning Seeds for a special rendition of Three Lions.

And you all absolutely loved it!

But let's end with some tweets which really sum up just why we love SPOTY so much.

Thanks for joining us! Same again next year?