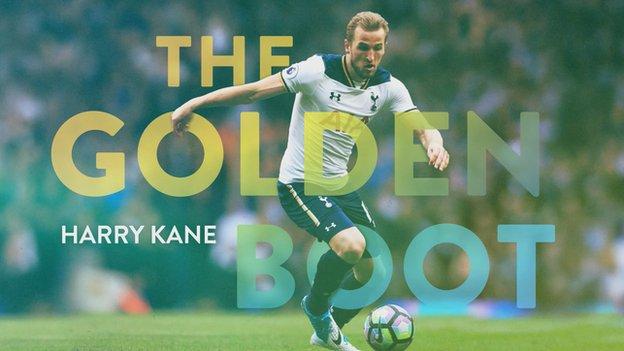 We are showcasing each of the 12 contenders in the run-up to the Sports Personality of the Year award on 17 December. Today - Harry Kane.

The Tottenham striker scored six hat-tricks in 2017 and was also the only English player to be shortlisted for the Ballon d'Or.

Kane netted a crucial equaliser against Scotland as he captained England for the first time, and sealed qualification for the 2018 World Cup in Russia with the only goal against Slovenia.

Former England footballer Michael Owen, the 1998 Sports Personality of the Year, on Kane:

"He's a total all-rounder. He scores from inside the box, outside the box, headers, left foot, right foot. A defender can never switch off. He can score any type of goal.

"He has developed into a real national treasure. He has shown great determination, perseverance and willpower and has improved so much over the years, you couldn't put anything past him. His goalscoring rate is phenomenal.

"I never thought Alan Shearer's Premier League goals record would ever be beaten - but he will get close to it if he scores at the same rate." 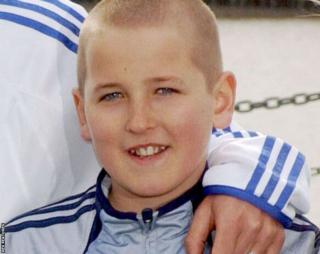 Kane was 10 when he trained at the David Beckham Academy. He grew up in the same area as the former England captain (1/5)

Born in Chingford, just five miles from Tottenham's ground, Kane is a local lad made good.

He was initially spotted, aged eight, by a scout from Arsenal and spent a year at the Gunners' academy before being released.

Kane arrived at Spurs, via Watford, as an 11-year-old and later developed into a top player after spells at Orient, Millwall, Leicester and Norwich.

He has thrived at Tottenham under manager Mauricio Pochettino with 75 Premier League goals in three seasons, and has netted 12 times in 23 appearances for England.

What he said: "At some stage, I want to be the best player in the world."

Callum: Knock Spurs all you want, but never ever knock Harry Kane. The man is a machine and thoroughly deserving of his SPOTY nomination.

Alex Noble: SPOTY tough to call initially. However, in Harry Kane we have a genuine world superstar for a player. Stunning year and will get my vote.

Whatever your age, ability or fitness level, there is a type of football suitable for you.

Visit the Get Inspired website to find out more on how to get into football.

This article was originally published on 11 December, 2017.