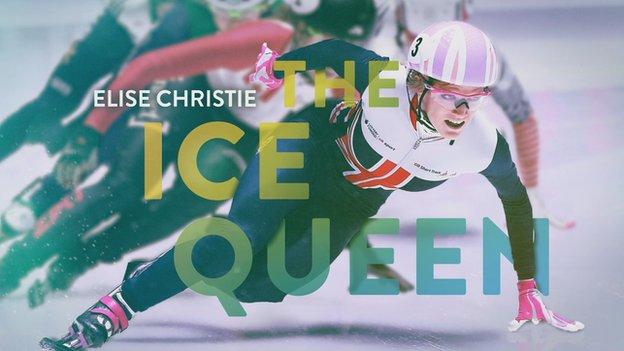 We are showcasing each of the 12 contenders in the run-up to the Sports Personality of the Year award on 17 December. Today - Elise Christie.

Christie took the 1,000m, 1500m and overall titles at the World Short Track Speed Skating Championships in Rotterdam, and won bronze in the 3,000m.

The Scot - named Sunday Times Sportswoman of the Year - also won a World Cup event in South Korea as she bounced back from being penalised in all three of her events at Sochi 2014.

"It's been a long time since someone from the ice has been nominated for Sports Personality. It's fantastic that Elise could win three gold medals at the world championships. What a very talented young lady.

"It shows a lot of strength to come back from such a disappointment at the previous Olympics. It shows how strong she is, never mind physically but mentally.

"For Elise going into an Olympics as a world champion, she will be the one to watch. Hopefully she can do it again."

How did she get here? 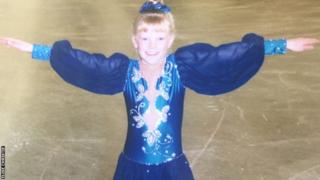 Dancing on ice: Christie started out as a figure skater before moving to a faster form of skating 1/5

Took up figure skating aged seven and gradually progressed onto speed skating, earning a place in the British team at 15.

She made her Winter Olympics debut at the 2010 Games in Vancouver, with a best finish of 11th, and is targeting medals next year in Pyeongchang after the disappointments of Sochi.

Christie had nine world championship medals before her golden treble this year and is a 10-time European champion.

What she said: "I thought about quitting a few times and I wanted to change sports. I just cannot believe I turned it all around."

Elaine Hynd: Elise Christie will get my vote. A true star who acted with decorum despite awful treatment by the judges at Sochi.

Alistair A: Brilliant comeback - Sochi was a very hard watch at the time. Well done

Mister Cinnamon: Elise Christie has won two world titles plus overall gold this year - a first for a British/European woman.

Short-track speed skating is reported to burn almost 900 calories per hour, depending on the intensity of your skating.

Visit the Get Inspired website to find out more on how to get into skating.

This article was originally published on 8 December, 2017.