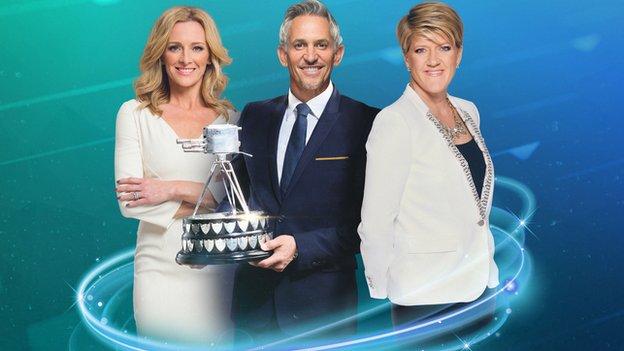 The Echo Arena in Liverpool will host the event on Sunday, 17 December and will celebrate an outstanding year of British sport.

Tickets cost £45 and will be restricted to six per person.

Gary Lineker, Clare Balding and Gabby Logan will again present the show, which will be live on BBC One, the BBC Sport website and BBC Radio 5 live.

This year's awards will be presented in front of an audience of nearly 11,000.

The prestigious event, first staged in 1954, was last held in Liverpool in 2008 when cycling's Sir Chris Hoy took the main award.

How can I buy tickets?

Tickets can be purchased online via www.echoarena.com/spoty2017..

All tickets are subject to administration fees and children under 16 (minimum age 10) must be accompanied by an adult.

Other awards presented on the evening were: