Meet Britain's brightest sporting stars of the present and future.

The achievements of these 10 athletes have earned them a place on the shortlist for the BBC Young Sports Personality of the Year 2016.

One of these teenagers will follow in the footsteps of past winners Ellie Simmonds, Wayne Rooney, Amber Hill, Tom Daley and Andy Murray.

The top three, chosen by an expert panel, will be named on Blue Peter on Thursday, 8 December. 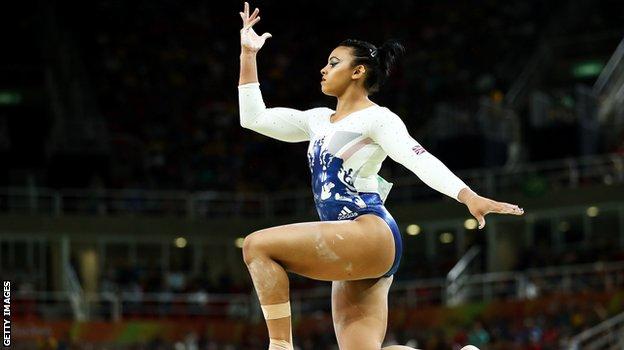 Last year's winner Ellie Downie has had another phenomenal year, joining Tinkler and her older sister Becky in the GB Gymnastics team at the Rio Olympics. 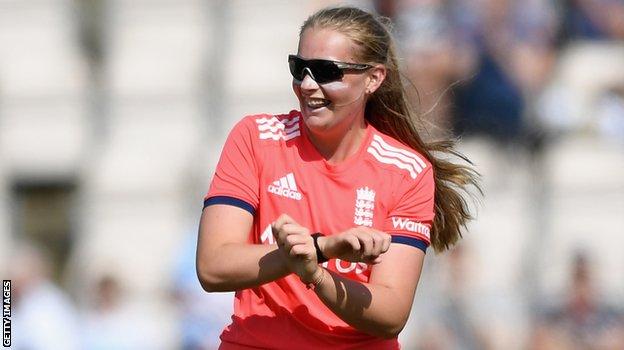 The 17-year-old was part of the series-winning ladies' team in the West Indies and is a key member of the Lancashire Thunder's Women's Super League team. 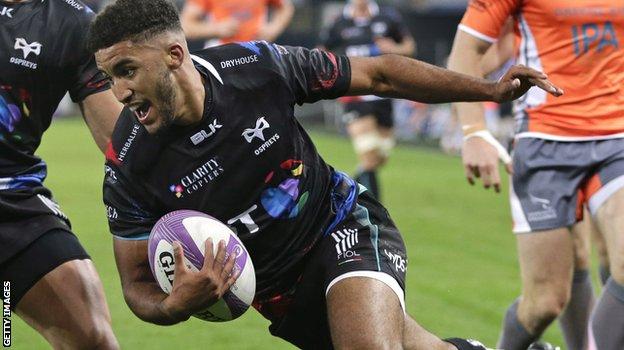 In Keelan Giles' first four games for Pro 12 side Ospreys, he scored eight tries including a hat-trick away to Lyon in the European Challenge Cup.

Ospreys coach Steve Tandy has described the 18-year-old as an "unbelievable finisher" and he has been compared to Wales' record try scorer Shane Williams.

Keelan was called up to train with Rob Howley's senior Wales squad ahead of the autumn internationals and was one of the stars of Wales' U20s Grand Slam campaign during the Six Nations. 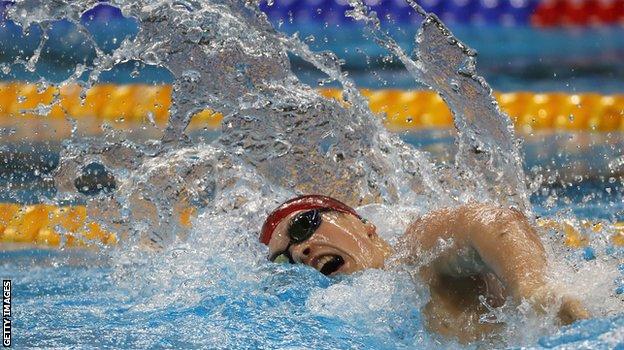 The 18-year-old also took gold in the 200m freestyle at the IPC European Championships, setting a new British record of 1.57.27. 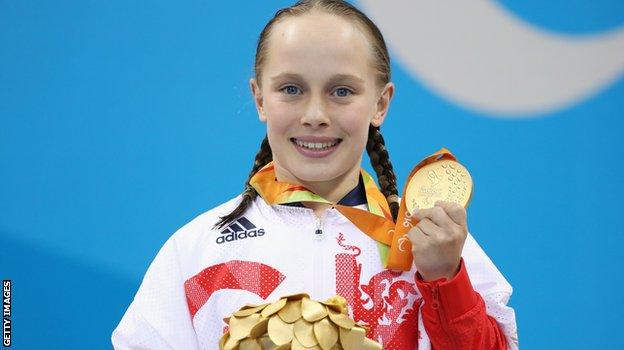 Swimmer Ellie Robinson broke the Paralympic record to win gold in the 50m butterfly at the Rio Games.

The 15-year-old also won bronze in the 100m freestyle, breaking a British record in the process and has been described as a "great role model to both able-bodied and para-athletes".

Earlier in the year, at the IPC European Championships, she brought back one silver (50m butterfly) and three bronze medals (50m, 100m and 400m freestyle). 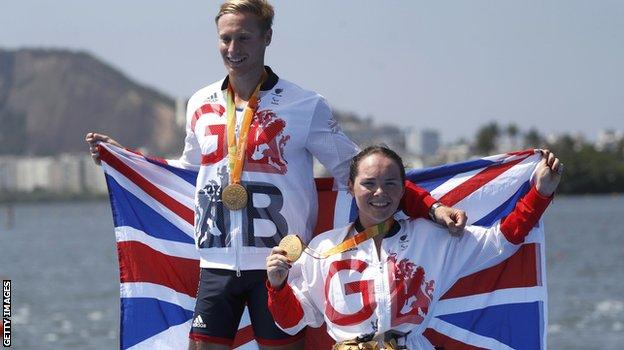 Lauren Rowles, 18, picked up a gold medal at the Rio Paralympic Games, in the trunk-and-arms mixed double sculls, with partner Laurence Whiteley, recording a world best time in the process.

Lauren only took up rowing two years ago after competing at the Commonwealth Games in athletics in 2014.

She has had to balance training with taking her A levels and was successful in gaining a place at Oxford Brookes University. 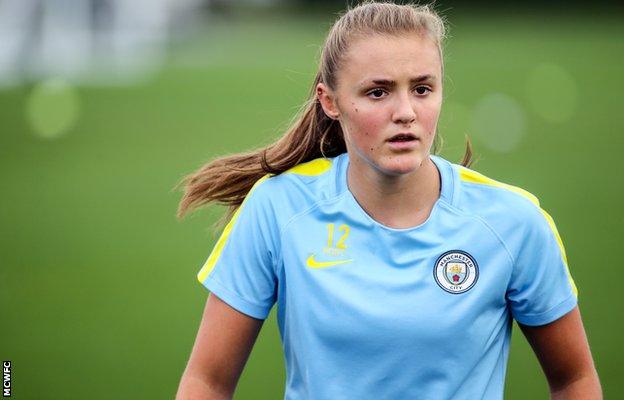 Georgia was England's top scorer during the U17 Women's World Cup, with three goals in four games as they reached the quarter finals.

She also played every minute of England's games at the Uefa Women's U17 Championship finals, scoring two goals and making one assist. 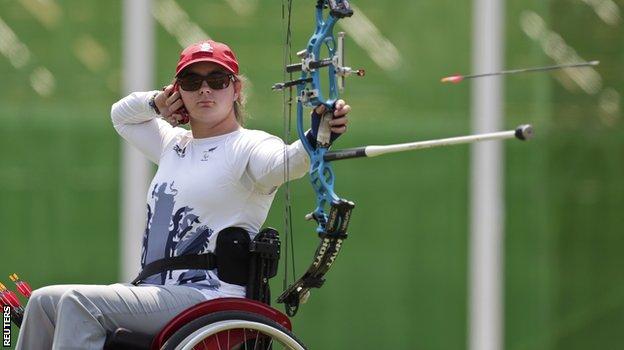 As the youngest competitor in the archery event she set a new Paralympic record, with compatriots Jo Frith and Vicky Jenkins taking silver and bronze position to make it a clean sweep for Great Britain.

She also claimed silver at the Fazaa International Para Championships, breaking a world record in an earlier round. 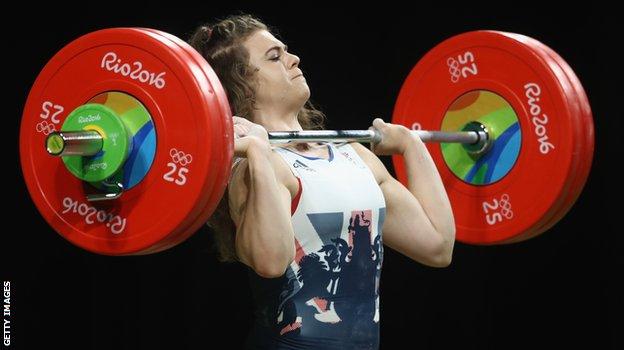 Rebekah Tiler won three bronzes (overall bronze, as well as individual medals in the snatch - with a best of 99kg and 123kg in the clean and jerk) at the European Weightlifting Championships in April, boosting her hopes of Olympic selection.

The 17-year-old went on to compete at the Rio 2016 Olympic Games as Team GB's only female weightlifter, finishing in 10th place. 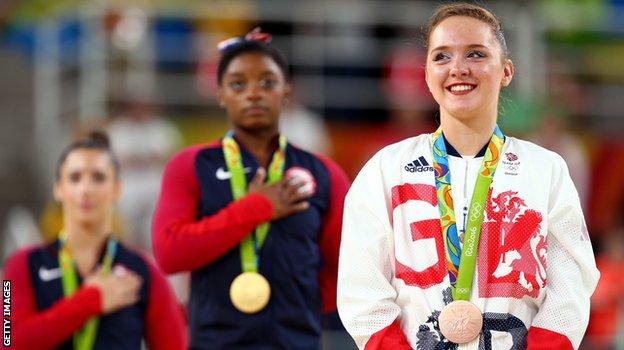 Sixteen-year-old Amy Tinkler gave the performance of her life to take bronze on the floor at the Rio 2016 Olympics, becoming the first female British gymnast to medal in the event.

She was the youngest member of Team GB in Rio, and only the second British woman to win an individual artistic gymnastics medal, after Beth Tweddle's bronze in the uneven bars in 2012.

Amy also retained her floor title at the British Championships, winning gold for the second year in a row.

About BBC Young Sports Personality of the Year

This award goes to the outstanding young sportsperson aged 17 or under on 1 January 2016, selected from nominations made to the BBC and by sports governing bodies via the Youth Sport Trust. Nominations closed on 11 November 2016.

The Young Sports Personality of the Year award will be determined by the following panel: