Rutherford, 29, is the last of 12 contenders to be profiled in the run-up to the BBC Sports Personality of the Year award on Sunday, 20 December.

What they say - Michael Johnson

"Greg delivers on the biggest of stages. In my mind, you go to the championship and whoever's there, you beat them. Case closed.

"He is a very emotional person. He speaks his mind. I believe his contemporaries see him as an elder statesman and somebody who is going to come out there and be very tough to beat.

"I think Greg has always been a fierce competitor. I just see him out there beating everyone else in the long jump. A job well done.

"The confidence he has to have now having won everything, that's an amazing amount of confidence, and confidence is extremely important at the Olympic level. If he can come back and win another Olympic gold medal, four years after winning in London, that would just be incredible. An amazing accomplishment."

Jim Hearson: "Holds all four major titles plus the Diamond League. He lost sponsorship, but built his own long jump pit in his garden, and he has personality!"

Jonathan Mumble: "Greg Rutherford will be getting my vote. For a man who does his best to lift off it, he's always so down to earth and happy." 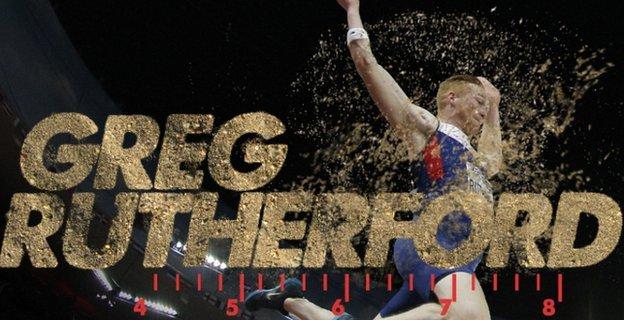 Athletics offers the widest range of choice of any sport as its various disciplines provide the opportunity to throw, run or jump.

Visit the Get Inspired website to find out more on how to get into athletics.