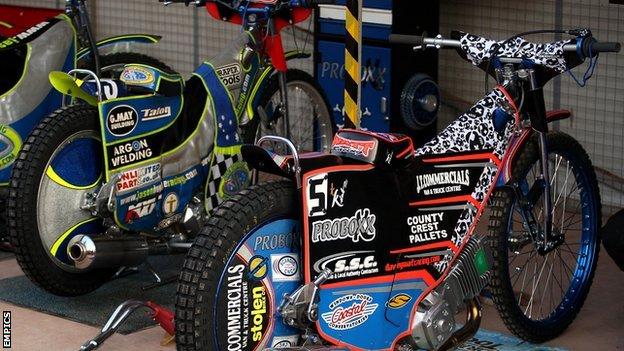 Wolverhampton Wolves have completed their line-up for 2014 with the signing of teenage Polish rider Piotr Pawlicki.

The team will be a slow burner. It will get better as the season progresses.

The 19-year-old has had previous spells in the Elite League with Coventry in 2011 and Poole in 2012 and arrives with a seven-point average.

"I would like to say thank you to the Wolverhampton management for their faith in me," Pawlicki said.

His arrival has also enabled the club to retain American Ricky Wells for the new season.

"Ricky has been texting me every day. He was desperate to be back and, because of the way the team has been built now with Tai Woffinden and Piotr, the space was there to put Ricky in the final place," said Wolves owner Chris Van Straaten.

"The team will be a slow burner. It will get better as the season progresses."

Wolves, who were crowned Elite League champions in 2002 and 2009, reached the semi-finals of the play-offs in 2013 before losing to Midlands rivals Birmingham Brummies.