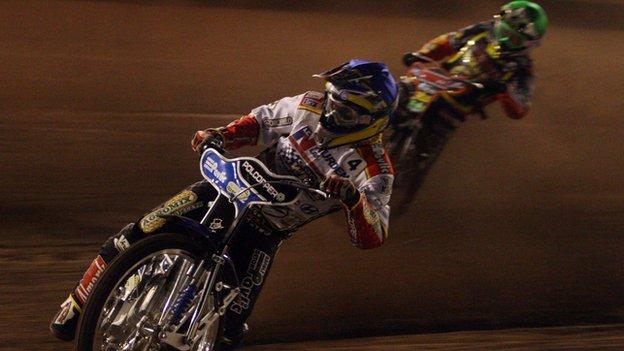 Peter Kildemand will return to Swindon Robins for the 2014 campaign as their number one rider.

It will be the 24-year-old Dane's third season with the Elite League side.

Troy Batchelor, Nick Morris, Steve Worrall and Josh Bates have already been confirmed in Alun Rossiter's team for next year.

"Peter is a rider who gets better every year, and once again I feel there's more to come from him," said team manager Rossiter.

"He started with us on an average of just over four, he put it up to 6.98 in his first year and then it went to 8.25 last season, and I really think he could improve on that further because he's learning all the time. He also guarantees excitement."