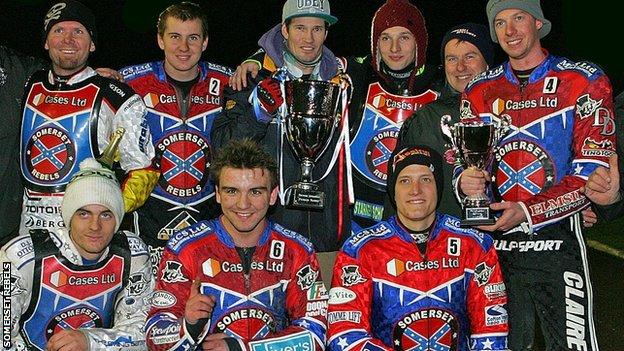 Jason Doyle will return to captain Somerset Rebels in 2014 as they look to defend their Premier League title.

The 28-year-old is one of three riders retained for next season, along with fellow Australian Nick Morris and Charles Wright.

Also joining the ranks are brothers Todd and Brady Kurtz.

Todd has made the move from local rivals Plymouth, while his younger brother will be racing in the UK for the first time.

"Having done the league and cup double in 2013, the challenge is now on to defend our titles," said Somerset team manager Garry May. "But it is a challenge that we relish and are looking forward to.

"Of course, in an ideal world we would have wanted to retain the side who won the double, but the rules just did not permit this, and so regrettably, we have to say goodbye to Josh Grajczonek, Alex Davies and Kyle Newman."