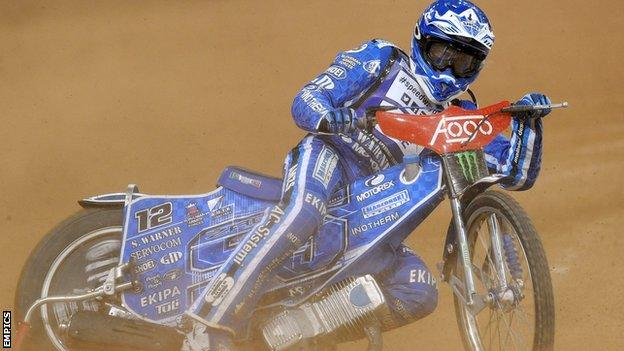 Slovenia's Matej Zagar is to return to Elite League side Belle Vue Aces for a second consecutive season.

The 30-year-old, who is ranked seventh in the world and his nation's champion on 11 occasions, will be Belle Vue's number one rider in 2014.

"It was a good move at the right time and I had a great year with the club [in 2013] so I saw no reason not to continue with them," said Zagar.

Stefan Nielsen and Ben Reade have been confirmed as the club's reserve riders.

The signings of Scott Nicholls, Richie Worrall and Craig Cook have already been announced, leaving one spot in the side left to fill.

"It will be a very different team on the track compared to last year," Zagar told the club website. "We have a long season ahead of us, but hopefully we can achieve some big results."