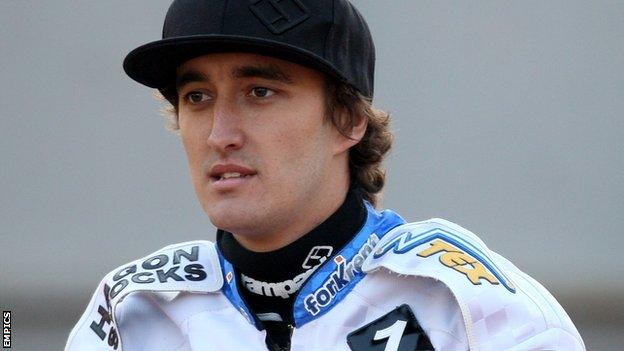 Poole Pirates manager Neil Middleditch is confident world champion Chris Holder will remain with the team at the end of the Elite League campaign despite their poor season.

However, Poole travel to Eastbourne on Friday next to bottom in the table.

"I don't think for one minute Chris will want to leave because we have had a bad season," Middleditch told BBC Radio Solent.

With around half the campaign complete, he has not given up hope of rescuing the season, but does not feel improved results are crucial to Australian Holder staying at Poole.

"Chris is a racer through and through and is obviously disappointed the team is not doing well," said Middleditch.

"Chris will just go out there and do his job. I don't think it is a case of him being disappointed and wanting to leave Poole because we have not had a successful season because it happens."

He added: "We haven't given up and will try and put a team together that will be competitive and if we don't make the play-offs that will be sad, but we will certainly be a thorn in some people's sides."