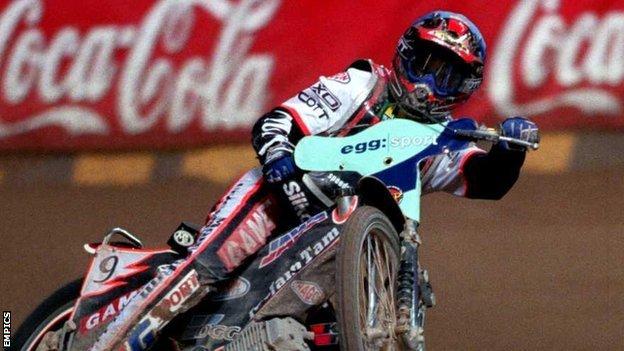 Panthers have made an awful start to the campaign and are bottom of the Elite League with two wins from 12.

Australian Sullivan had five spells as a rider at Alwalton, during which he won two league titles.

Captain Kenneth Bjerre told BBC Radio Cambridgeshire: "I have mixed feelings. Jan is a good guy. I'm a bit surprised but we will move on."

He added: "We need to score more points. It's not all about the team manager.

"But something probably needed to happen and this is the management's move."

Sullivan, 38, retired this spring after injuring his hand while riding for the Panthers last season.

He helped the Cambridgeshire outfit win Elite League titles in 1999 and 2006 and picked up the moniker of Flyin' Ryan.

Panthers co-promoter Trevor Swales said: "Ryan knows everyone at the club, of course, and I am sure everyone will welcome him back.

"I am convinced he will prove to be as big an asset to us on the management side as he was when he was riding.

"We understand the supporters' frustration so far this season, we want to get them cheering again, and I'm sure Ryan's appointment will prove to be a positive move for us all."