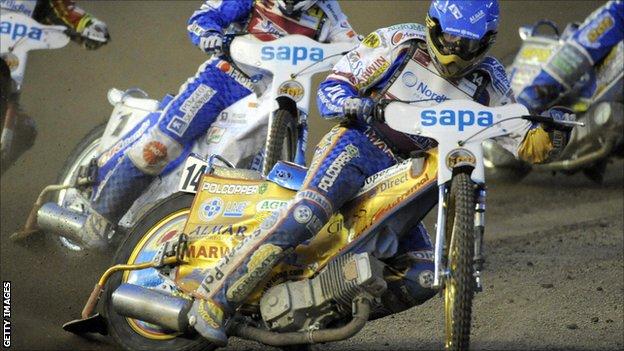 Elite League champions Poole Pirates have agreed terms with Krzysztof Kasprzak to return to the club.

Kasprzak replaces Adrian Miedzinski, but the 27-year-old will only be available from July onwards.

"With a rider of his quality Poole will benefit and I believe he will be a seamless replacement for Adrian," said Pirates boss Matt Ford.

Meanwhile, Poole say Chris Harris will cover for injured Darcy Ward on Monday with Davey Watt coming in on Wednesday.

Kasprzak first broke into British Speedway with the Pirates back in 2003 and was a regular for four seasons scoring 770 points and 63 bonus from 480 rides.

In 2007 he was loaned to Arena Essex (now known as Lakeside) where he took his average to fractionally under nine points.

He was back at Wimborne Road in 2008 for a brief seven meeting spell and has since been out on loan to Belle Vue (2009), Coventry and Lakeside (both 2010) and last year at Birmingham.