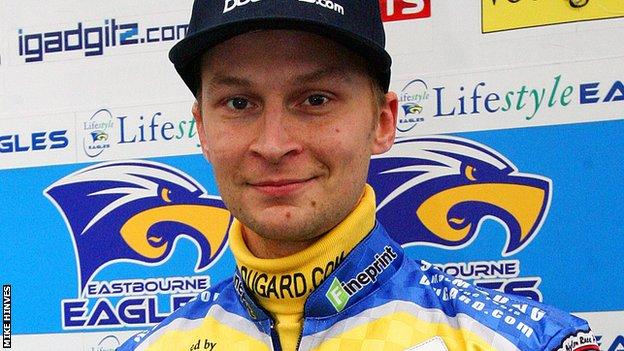 Eastbourne Eagles number one Joonas Kylmakorpi will be on the sidelines for at least three weeks.

The Finnish rider cracked his collarbone and damaged his shoulder socket in the 59-31 defeat at King's Lynn on Wednesday.

The reigning Long-Track world champion, 32, was taken to hospital for an MRI scan after crashing in the first heat.

Eagles team manager Trevor Geer said: "There was some bunching in the first corner and Joonas came off worst."

Kylmakorpi could miss up to eight Elite League meetings in April.