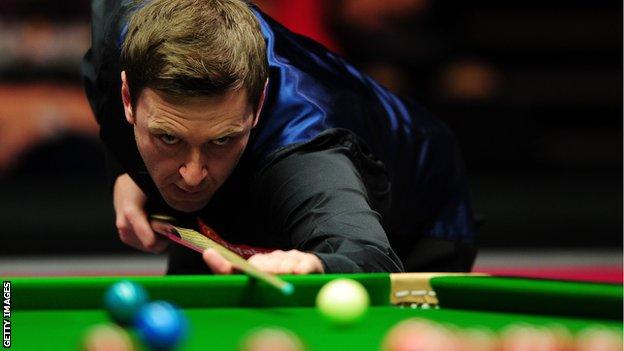 Ricky Walden moved into the final of the Players Championship with a 6-3 win over Barry Hawkins in Manchester.

World number 11 Walden took the first frame, and although Hawkins won the second with a 119 break, Walden moved into a 4-2 lead.

A clearance of 87 put Walden within one frame of victory, but second seed Hawkins cut his lead to 5-3.

Walden clinched the win on the pink in the ninth frame, and will play either Shaun Murphy or Mark Allen.