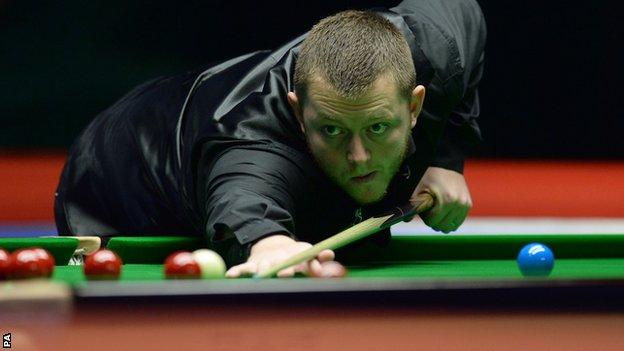 Northern Ireland's Mark Allen is out of the UK Championship after losing 6-4 to England's Rod Lawler on Tuesday night.

The world number six from Antrim had raced into a 3-0 lead at the York Barbican Centre and looked on course for place in the last 16.

But 43-year-old Lawler from Liverpool recovered to win six of the next seven frames with a best break of 110.

It was a disappointing exit for the Northern Irishman who had his sights on a major prize after being a beaten finalist in the Shanghai Masters and International Championship this season.

"I felt great and scored well early on," he said afterwards.

"I scored hundreds in the first two frames and was very unlucky to lose the fourth.

"That proved to be a turning point because after that Rod stepped up a little bit and played much better.

"He did not give me many chances after that, and for the chances I did get the balls were awkward."