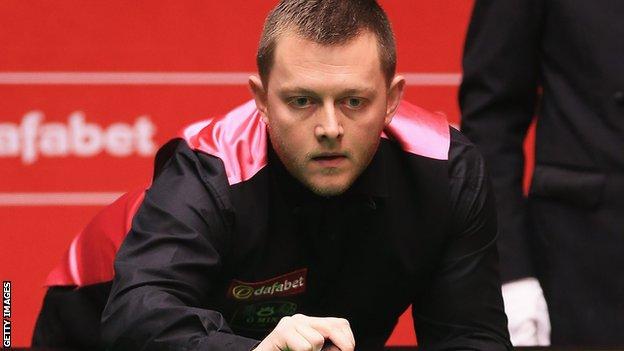 Mark Allen came from behind to beat world number one Mark Selby and reach the Shanghai Masters final.

Allen, from Northern Ireland, trailed 4-1 and 5-2 but came back to win the last four frames for a 6-5 triumph against Leicester's Selby.

He will face Stuart Bingham in the final, after the Englishman overcame home favourite Ding Junhui 6-4 in Saturday's second semi-final.

Ding had led 3-1 and 4-2, but Bingham bounced back to clinch victory.

He tweeted: "Over the moon to get through today. Wasn't at my best in the early stages but dug deep and found a bit of form. Never easy against Selby."

Selby conceded: "Mark didn't let his head go down at 5-2 and played some good snooker. I had two good chances in the last frame.

"Up to 4-1 I played as well as I have done this week. I felt as if I was in control, but then missed chances and Mark capitalised."

Meanwhile, Bingham's route to the final has also taken him past Li Hang, Dominic Dale and Alan McManus.