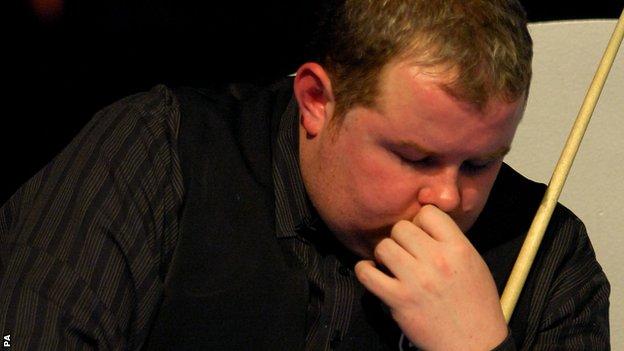 Banned snooker player Stephen Lee has been ordered to pay an additional £20,000 in costs following his unsuccessful appeal against a 12-year ban for match-fixing.

The penalty takes the former world number five's total costs bill in the case to £125,000.

Lee, 39, from Trowbridge, Wiltshire, was found guilty of seven charges in September 2013.

The World Professional Billiards and Snooker Association (WPBSA) had said he was involved in "the worst case of snooker corruption we've seen". The extra punishment was imposed by appeal tribunal chairman Nicholas Stewart QC.

A WPBSA statement said: "Mr Stewart said that Stephen Lee failed completely in his appeal and has ordered that, in addition to costs orders already made against him, he must pay the WPBSA £20,000 towards its costs of this appeal.

Lee denied the allegations, which concerned seven matches in 2008 and 2009, including a World Championship tie.

He has been suspended since October 2012, when ranked eighth in the world, and was found to have made more than £40,000 from match-fixing.