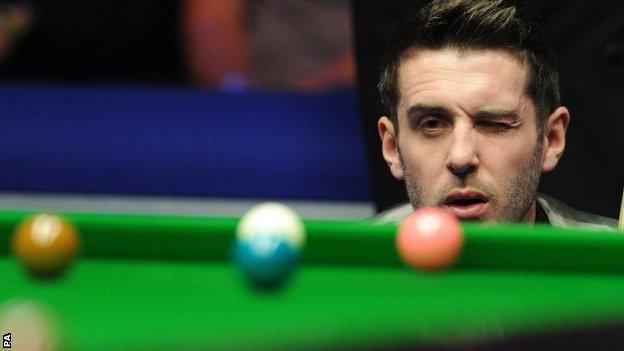 Shaun Murphy will play Mark Selby in an all-England final of the Haikou World Open after narrow semi-final victories.

Murphy knocked in breaks of 74 and 69 as he opened a 3-1 lead over double defending champion Mark Allen, who stayed in contention and made a century to trail 5-4 before losing the 10th.

Selby held off a fightback from Hong Kong's Marco Fu to also win 6-4.

Fu won three frames in succession from 5-1 down and led 58-31 in the 10th but Selby cleared to take the win in China.

Fu made in breaks of 50 and 104 as he won the next three before Selby stopped the match from going into a deciding frame.