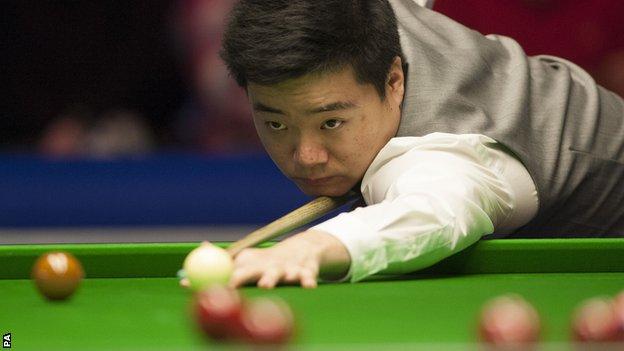 Ding Junhui will face Shaun Murphy in the first round of the Masters at Alexandra Palace in January.

China's Ding, who has won three consecutive ranking titles this season, comes up against the 2012 finalist.

The world's top 15 ranked players will compete in snooker's most prestigious invitational event along with O'Sullivan, who is ranked 29th.

The top 16 usually play in the tournament, but having won his fifth world title at the Crucible in May, O'Sullivan was automatically seeded second behind Selby.