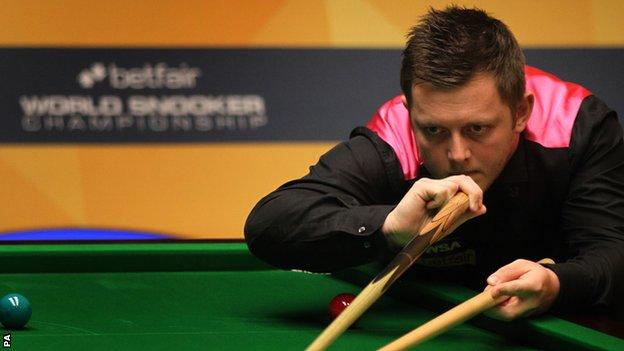 Mark Allen has progressed to the third round of the UK Championship after a comfortable 6-2 victory over Dave Harold in York on Sunday night.

The Antrim player was in impressive form as he went into the interval with a 4-0 advantage.

Englishman Harold, ranked 54th in the world, pulled one back before Allen regained a four-frame lead.

Harold won the seventh frame but Allen hit back to win and set a up a third-round meeting with Michael Holt.

Allen started his bid at the Barbican Centre with a 6-1 victory over Jak Jones of Wales on Thursday night.

The world number nine reached the final of the UK Championship in 2011, the first time he had reached the climax of a major ranking tournament.