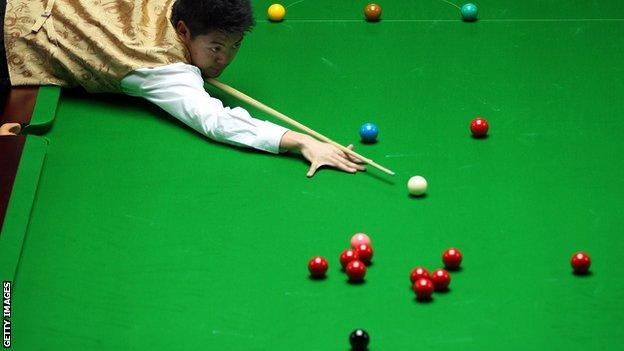 China's Liang Wenbo missed the chance to make snooker's 100th maximum break en route to a 6-2 victory over Elliot Slessor at the UK Championship in York.

Liang had compiled a flawless break in the eighth frame, pocketing 15 reds and blacks before missing the final yellow.

"I got a very good chance but I was unlucky, I think I rushed it a bit. Maybe next time," said Liang, after losing out on the £59,000 prize.

"I hit the last black a little bit too hard so it wasn't easy on the yellow."

Also through to the second round are China's Yu De Lu, England's Chris Norbury and Scottish pair Alan McManus and Anthony McGill.

Results from the UK Championship in full