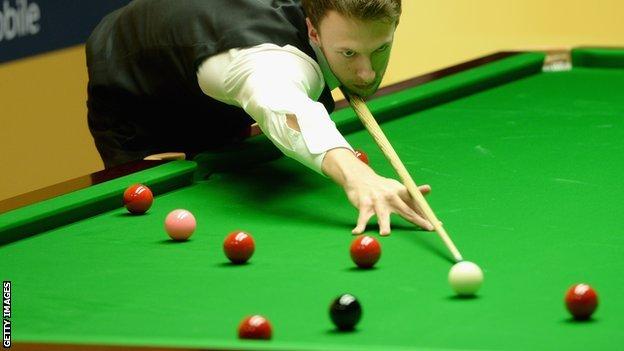 Holt had led 3-1 at the interval, which included a superb century break of 115.

And he compiled 97 in the fifth, wrapping up the match in the next with a 60 break as Trump failed to get the snooker he required on the blue ball.

"It's frustrating to come such a long way and lose in the first round. Michael deserved to win," said Trump.

Matthew Stevens was another high-profile player who lost in China after a 5-4 defeat to Peter Lines, while there were wins for Neil Robertson - looking to secure his second ranking title in the Far East this season - world finalist Barry Hawkins and Hong Kong's Marco Fu.