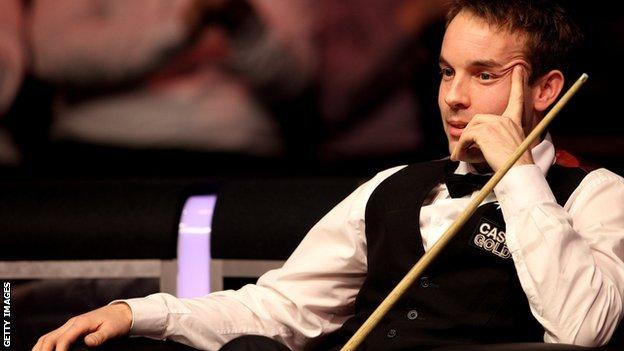 Snooker player Ali Carter says he has been given the all clear by doctors as he continues his recovery from surgery for testicular cancer.

The 33-year-old from Essex underwent an operation at the beginning of the month after being diagnosed with the illness.

Carter plans to return at the Shanghai Masters held from 16 to 22 September.

"Just had the best news ever! I've got the all clear! Will be back in action in the Shanghai Masters. Thank you for all your support!" he said on Twitter.

Chelmsford-based Carter also suffers from Crohn's disease - an autoimmune disorder that affects the digestive system - and had hoped to return at an event in Rotterdam.

However, he was told "to take it easy for a month" and not rush his rehabilitation.

Carter has won three ranking events in his professional career and has been ranked as high as number two in the world.

He reached the World Championship final at the Crucible in both 2008 and 2012, where he lost to Ronnie O'Sullivan on both occasions.