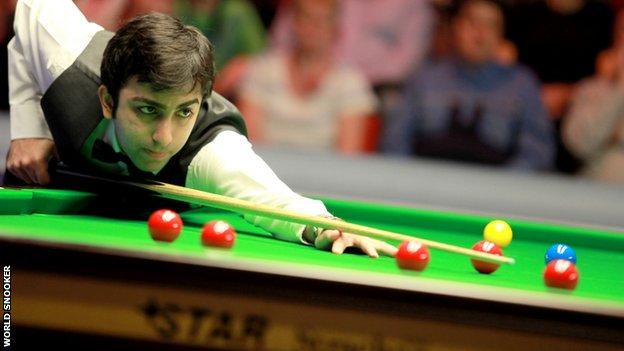 World Snooker chairman Barry Hearn said: "This is a momentous announcement for snooker as we stage a world ranking event in India for the very first time.

"If we can replicate the phenomenal success we have had in China then India will be a very exciting prospect."

The World Professional Billiards and Snooker Association chairman Jason Ferguson added: "I have been in Delhi to finalise the agreement and have witnessed first-hand the enthusiasm for snooker in India.

"We now have two Indian players on the professional tour; Aditya Mehta who reached the last 16 of the International Championship last season and Pankaj Advani who got to the semi-finals of the Paul Hunter Classic and the quarter-finals of the Welsh Open.

"The people in India really love our game and I've no doubt this event will be a great success and provide a basis for snooker's growth there."

A qualifying round will be held at at the Doncaster Dome in August with players needing to win one match to earn a place at the tournament in India, which will be held from 14 to 18 October.