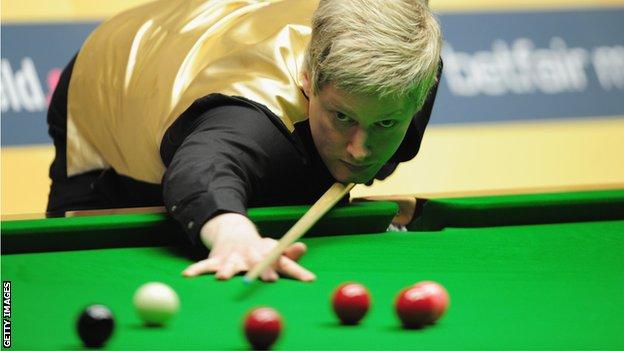 Neil Robertson comfortably beat Robert Milkins to earn a place in the final of the Wuxi Classic against John Higgins.

World number one Robertson, 31, took a 4-0 lead in the semi-final on the back of four half-century breaks before England's Milkins, 37, responded.

However, the Australian secured a 6-2 victory with a 92 break in frame eight.

Robertson's win gave him revenge for his shock 10-8 defeat by Milkins in the first round of this year's World Championship.

"It's a fantastic achievement for me to reach back-to-back finals in China," said Robertson, who won the China Open in March.