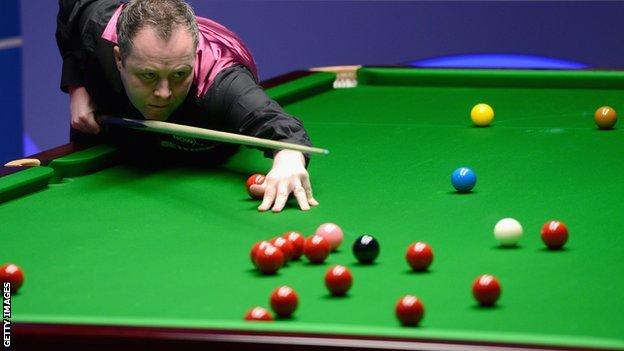 World champion Ronnie O'Sullivan, playing in his first tournament outside of England in 15 months, lost 4-2 to Higgins in the semi-final.

O'Sullivan, 37, clinched his fifth world title in May and had hinted he would again retire from snooker after taking a year away from the sport.

However, he later changed his mind, saying he could not afford to quit once more and picked up 6,000 euros (£5,100) for reaching the final four in Bulgaria.

O'Sullivan, who last played in a tournament outside of England in March 2012 in the China Open in Beijing, beat Michael Wild, Michael Leslie, Ian Burns, Mark Davis and Mark Williams before his defeat by four-time world champion Higgins.

The Scot also defeated 2005 world champion Shaun Murphy on his way to the final.

The Bulgarian Open was the first of eight competitions on the European Tour and the best-performing players will then qualify for the Players Championship Grand Final in March.