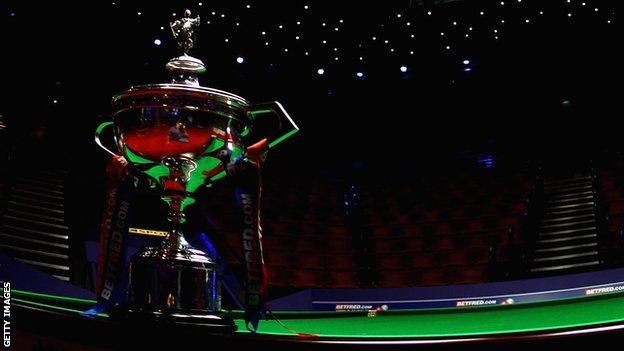 The BBC will continue as host broadcaster of the World Snooker Championship, the UK Championship and the Masters until the end of the 2016-17 season.

The three major events on the calendar will be broadcast on television, online and via the BBC iPlayer.

"This is wonderful news for the many millions of snooker fans in the UK," World Snooker boss Barry Hearn said.

The Masters begin on 13 January at Alexandra Palace in London.

This season will see over 260 hours of coverage of snooker on the BBC.

"The World Championship, the UK Championship and the Masters are among the highlights of the sporting calendar, so it's terrific that they will remain on terrestrial television," said Hearn.

"The BBC remains one of our most important partners and we look forward to many years working with them."

The 2013 World Championship will take place between 20 April and 6 May.

Barbara Slater, Director of BBC Sport, added: "The World Snooker Championship is an important part of our sports rights portfolio and we're delighted to be continuing our coverage of these three major tournaments."