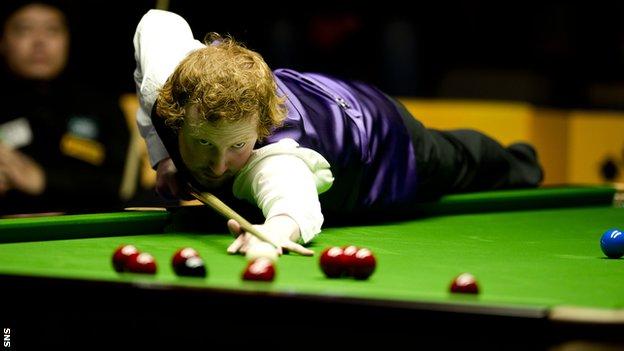 Anthony McGill has vowed to improve on his first final appearance after losing out to China's Ding Junhui in the Scottish Open.

The 21-year-old from Glasgow was beaten 4-2 in Ravenscraig after a great run.

"I could have been out earlier, to get to the final is a personal best," said McGill, who is ranked 55 in the world.

"But I missed too many easy pots in the end. It was my first time in a big arena and I'll deal with it better next time."

Among those beaten by McGill on his way to the final were Mark Davis, Nigel Bond and Andrew Higginson.

But former UK and Masters champion Ding Junhui won his first title of the season after a recent dip in form.

"I played well this week, I made a lot of big breaks and concentrated in every game," said the world number 23.

"I was a bit lucky, the fifth frame was a big one. I've built a lot of confidence here and if I can keep my form going I can win more titles this season."