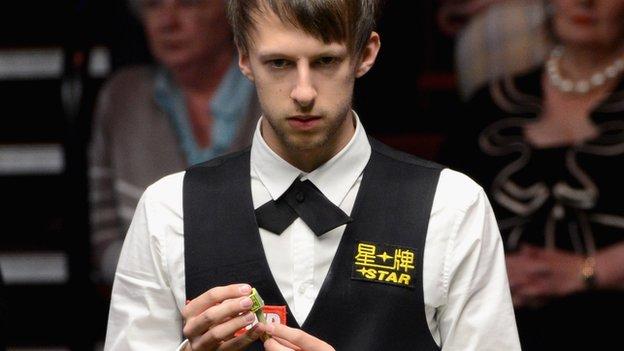 World number two Judd Trump won five frames in a row for the second day in succession to reach the quarter-finals of the Shanghai Masters.

Trump was 2-0 down to Mark Allen but found his form with a century break in the third and then took control.

Elsewhere, World Championship finalist Ali Carter made a return to form with a 5-0 win over Stephen Maguire.

Carter beat Maguire in the Crucible semi-finals and repeated the dose, helped by a 120 break.

He will face Scotland's John Higgins in the quarter-finals after Higgins thrashed Ryan Day 5-0.

Two-time world champion Mark Williams also advanced to the last eight with a 5-2 victory over England's Ricky Walden, and the Welshman will face Joe Perry in the quarter-finals after the Englishman surprisingly defeated 2010 world champion Neil Robertson 5-0.