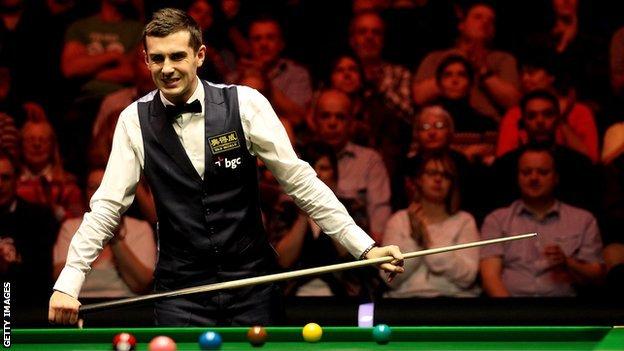 Jamie Burnett caused the shock of the tournament by beating world number one Mark Selby 5-3 in the first round of the Australian Open.

The Scot went 3-1 ahead, which included a break of 69, but Selby reduced the arrears with an 83 in the fifth.

Burnett won the next frame and despite the Englishman pulling one back, he closed out the match with a 61 break.

"It's a very big win," said Burnett after the match. "Any win over the number one player in the world is a good win.

"Whether you play well or not, it is important to get the win over these guys if they don't play at their best which they normally do."

Selby faces the long flight home back to England and felt he did not get the luck whilst on the table.

"The run of the ball was not in my favour today," he said.

"Jamie, more or less, froze me out for the majority of the match and when I did get my chance I did as much as I could do."

It was the second surprise result of the tournament after Matthew Selt ousted holder Stuart Bingham.

And Selby will be surprised not to progress after losing to the world number 37, whose best ranking tournament came in 2010 when he was defeated by Ali Carter in the final of the Shanghai Masters.

Burnett will play Marco Fu, who beat Joe Perry 5-1, in the next round.

Meanwhile, Shaun Murphy moved into the quarter-finals after a comfortable 5-1 win over Tom Ford.

The former world champion lost the first frame, but won five in a row to progress, which included a break of 95 in the sixth frame.

Stephen Lee also went through to the last eight after defeating Jamie Cope 5-2.

The Trowbridge cueman was in superb form, knocking in breaks of 126, 71 and 59 to progress.