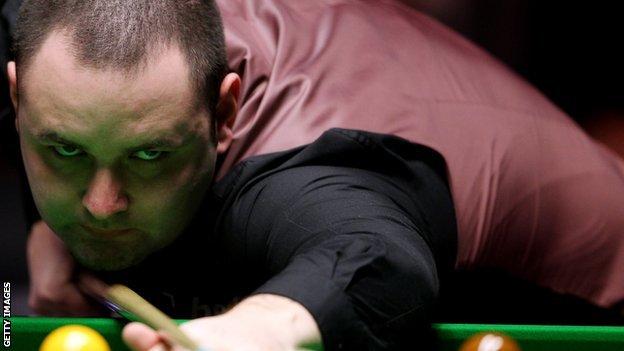 The Scot sealed his 5-4 triumph with a treble into the middle pocket after the black had to be re-spotted. He will take on Stephen Lee who beat defending champion Judd Trump 5-3.

Peter Ebdon overcame Neil Robertson 5-3 to book his own place in the last four.

The three-time world champion was squeezed out in an enthralling decider, despite a break of 41 that seemed to have put him in control.

Maguire held his nerve to draw level on points, before taking the re-spotted black with a big slice of luck as it rebounded off the cushions three times and into the pocket.

O'Sullivan said: "He's a top player and you've got to give credit to Stephen because he hung in well there and he made a clearance at the end to get us to the re-spot as well."

A stunning break of 113 in the fourth was the highlight of Lee's victory as he recovered from the loss of the opening two frames to sweep to victory.

Trump was left ruing a missed pink that could have checked the Englishman's momentum in the sixth frame but insisted he could shrug off the defeat.

"I won't really take too much notice of it," he said. "It's a lot harder to play out here with the time difference. I'm just looking forward to the World Championship."