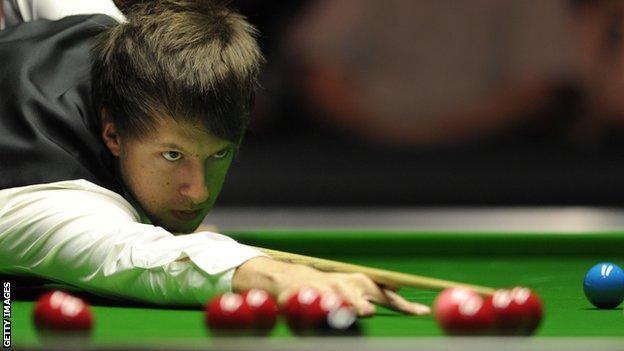 Trump raced into a 4-1 lead before White hit back with a century and took the next two frames, but Trump held his nerve to win 5-3.

China's Ding Junhui recovered from 4-0 down at the mid-session interval to edge past England's Ben Woollaston 5-4.

Meanwhile last year's runner-up Mark Selby eased through to round two with a 5-0 whitewash over China's Li Hang.

Third seed Selby, who lost to Judd Trump in last year's final, made a clearance of 139 as he raced into a 4-0 lead before booking his place in the second round.