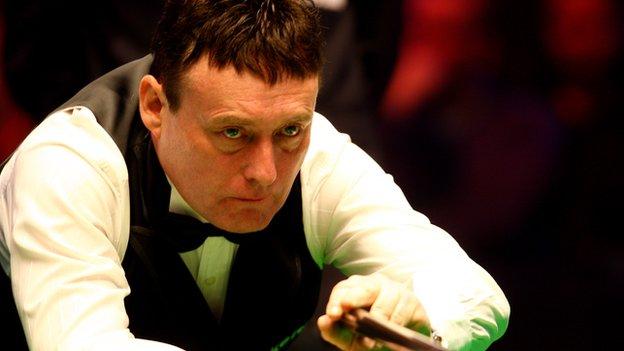 Jimmy White booked a China Open first-round clash with defending champion Judd Trump after coming through the wildcard round in Beijing.

White, who will bid to play in the World Championship at the age of 50 in April, saw off Omar Alkojah 5-3.

Neil Robertson beat Jamie Cope by the same scoreline to set up a second-round meeting with Hendry.

Former world number two White could have recorded a 147 against Alkojah, but fell short on 80 in the sixth frame.

He also had a run of 57 and recorded two 67s in the eighth to close out the match.

Other winners in the wildcard round included 2009 champion Peter Ebdon and Mark King.

Hendry, who had earlier notched up breaks of 135, 86 and 68, looked to be heading for defeat when Gould led 51-25 in the decider, only for the Londoner to miss a simple red.

The Scotsman cleared up to take victory and said afterwards: "It was a very good match, I enjoyed it very much, it was exciting.

"In the final frame there were many times I thought I was going to lose, I even took my cue apart, so I'm very happy and excited to win the match."

First round (best of nine frames)

Wildcard round (best of nine frames)