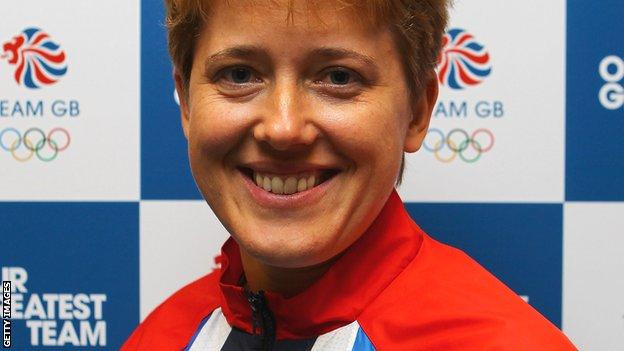 Allen, 41, finished behind Germany's Christine Wenzel - who claimed her fourth world title - and Italy's Simona Scocchetti, who lost by 15 hits to 12.

Briton Amber Hill, in her first Worlds appearance at the age of 16, came fifth having led the event after qualifying.

The combined scores of Allen, Hill and team-mate Pinky Le Grelle gave the GB trio silver in the team event.

Allen, who was eliminated in the qualifying rounds at last year's London Olympics after finishing 14th with a score of 60 points, won the medal match by overcoming Russia's Olga Panarina by 12 to 11 hits, adding to her World Championship bronze at Lahti in 2002.

Hill and Italy's Diana Bacosi had equalled the world record of 74 hits during qualification and the British teenager edged fifth place by scoring 12 hits to Bacosi's 11.

"For Elena to win bronze is testament to her competitiveness and with Amber Hill aged just 16, finishing fifth in the final, the future looks very positive."