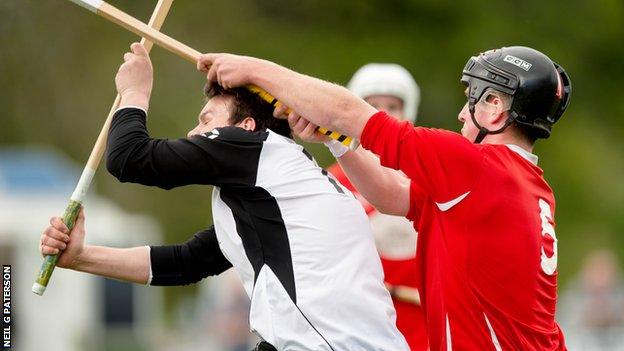 It's fair to say that juvenile shinty has never been more popular in Scotland, with teams and tournaments popping up all over the country.

That is, of course, down to the hard work of the Camanachd Association, and the tireless efforts of members of the public who give up their time free of charge to get involved at grassroots level.

The enthusiasm these people have for the sport is helping grow the game we love.

My first memories of shinty involved swinging the caman around the back garden as a child, but it was my teacher, Miss MacLachlan at Kilmonivaig Primary in Spean Bridge, who really taught me how to play the game.

In fact, she pretty much taught the whole village how to play at the time.

Her name is Betty, although I still don't think I've ever been brave enough to call her that, and Miss MacLachlan commanded the respect of her players on the field, as much as the pupils off it.

She dedicated so much time to teaching us the game, not to mention all the travelling to competitions.

I remember the day before a match, you had to run to her classroom to find out if you had made the team or not. 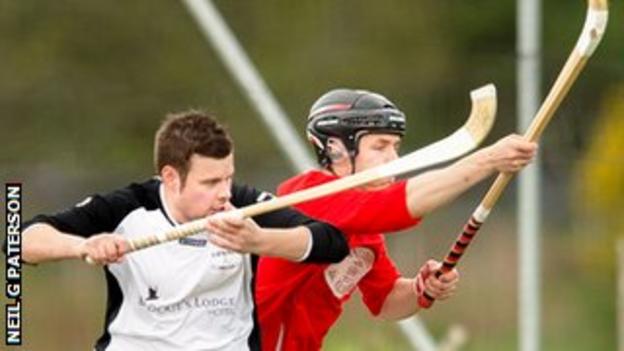 If you did, you were given a strip, which you would run around the playground with like a badge of honour. At that age it meant everything to get in the team.

But if you left that classroom without a strip, it was devastating. The worst part was facing your friends in the playground, who were all clutching their kits with pride.

After over 40 years of teaching and introducing countless pupils to the game, Miss MacLachlan is all set for retirement next week from what is now, Spean Bridge Primary.

One of the proudest moments I had was in 2005 when I got to return to the school with my captain's black caman, the Albert Smith medal and the Camanachd Cup in hand to thank her for teaching me the game.

From myself and I'm sure many, many more within the shinty community, I wish you a very happy and long retirement Miss MacLachlan. So thank you again.

Back to on-field matters now, and things are really hotting up.

Lovat set up a MacTavish Cup final meeting with local rivals Glenurquhart thanks to a 4-0 win over Kinlochshiel in the semi-final.

And attention now turns to the Camanachd Cup, as the Premiership clubs join the winners of the preliminary ties.