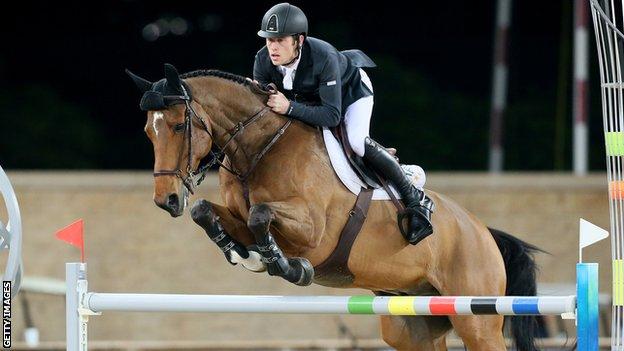 Scotsman Scott Brash has taken over from his fellow British Olympic gold medallist Ben Maher as show-jumping's world number one.

The 28-year-old, from Peebles, has moved up five places in the latest Longines world rankings to overhaul the Englishman, who drops to second.

It follows his success at last month's Global Champions Tour final in Doha.

and was crowned overall GCT champion, netting around £370,000.

Both riders helped Britain a year after landing the Olympic team title at London 2012.

Britain has now emulated Germany and become only the second country in show-jumping history to hold Olympic and European team titles simultaneously.

Brash's startling rise to the pinnacle of world showjumping comes barely three years after he made his international debut for Great Britain at the World Equestrian Games in Kentucky.

He took over the ride on Hello Sanctos a year later and they have now established themselves as the sport's top partnership building towards the London International Horse Show at Olympia later this month.