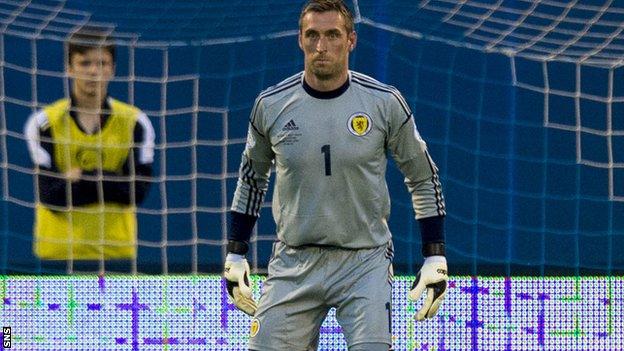 The 31-year-old, capped 30 times, was already going to miss the Belgium game due to suspension, but injury means he will play no part against Macedonia

It follows the withdrawal of George Boyd, James Morrison and Graham Dorrans on Monday.

The Scots host Belgium on Friday before facing Macedonia the following Tuesday.

Morrison withdrew with a groin problem while Dorrans's injury has not been disclosed. Boyd withdrew from the squad due to an ankle injury.

Barry Bannan is not currently with the squad, but he should join up with his team-mates on Tuesday.

Thomson expressed delight at his call-up, three years since his last involvement with the national side.

"A return has always been a big personal goal for me," the three-time capped midfielder told his club website.

"Obviously I've squeezed in through other boys' hard luck and injury, although I've experienced that side of it before too.

"Hopefully this will be start of what will be a good season for me. To be back involved is great and even if I don't get to play in either of the qualifiers it's a special feeling to be part of the Scotland squad again."

West Brom midfielder Morrison, who scored in Scotland's 3-2 defeat by England, suffered a groin injury in Sunday's defeat by Swansea.

"He felt a pain in his groin just before half-time, the last couple of minutes in the first half," said Albion boss Steve Clarke.

"The medical people will assess it but I would imagine he is doubtful for the Scotland trip."

Scotland currently sit in fifth place in qualifying Group A with five points from seven games.