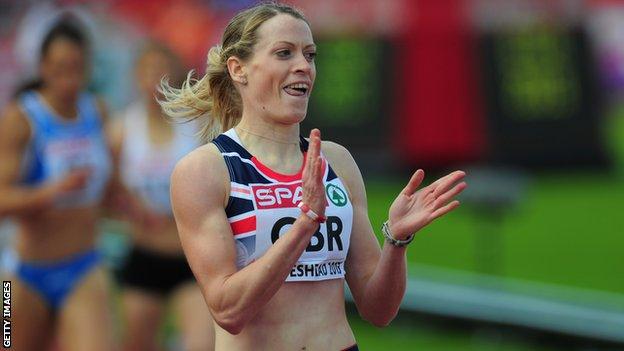 Eilidh Child broke her own Scottish record for the second week running in finishing second in the 400m hurdles at the Diamond League event in Birmingham.

Perri Shakes-Drayton was the winner and Child's 54.22 was 0.2 seconds quicker than

"It's great to run a PB. I am delighted with that. We are getting faster and faster."

And she added: "That was probably a bit more messy than Gateshead."