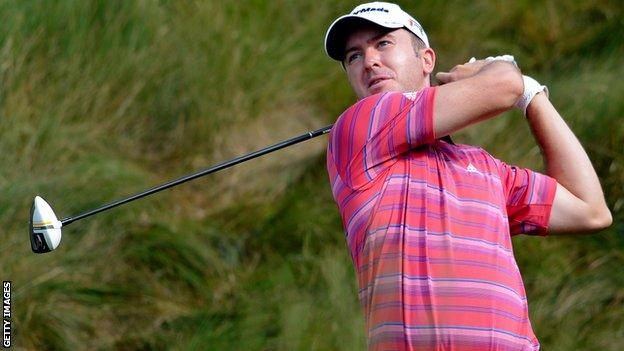 Martin Laird was critical of the course after a closing 68 saw him finish the highest-placed Scot at the US Open golf.

Laird, now based in the US, carded an impressive two under par to finish 11 over, 10 behind winner Justin Rose.

But the Scot said some of the pin positions at Merion Golf Club near Philadelphia were "ridiculous".

Laird, happy with his game, feels the course was too demanding of the players.

Scots at US Open

"I've shot two under for the final round and I think they pushed the envelop a bit too far in the first few rounds," he said.

"I'm all for hard set ups but a few of the pin positions were ridiculous.

"It's a tough week and it's really about survival out there and a lot more than who's playing the best golf.

"It's about who's willing to hang in there. Not just this course, but the US Open beats you up from the first tee until the 72nd green.

"It can make you look like an idiot some times and, at times, it's hard to handle after a few rounds.

"I actually feel I'm playing really well and my iron game is probably as good as it's ever been. I've just not been driving very well and that's what probably killed me in the first three rounds."

Knox, competing in his first Major, was slightly disappointed with his finish.

"It was a huge goal of mine to play here and play in all the Majors, but I don't want to finish in the 50s," he said. "I think I'm good enough to finish higher than that.

"But, this is my first one and I've played four days, it beat me up."

The 1999 Open winner Lawrie, who was awarded an OBE in the Queen's Birthday Honours, finished with a disappointing closing round of 77.