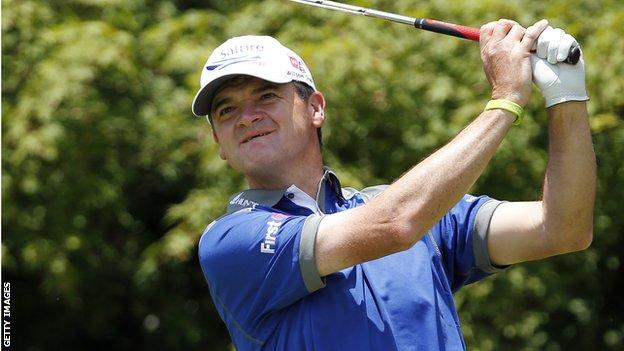 Paul Lawrie shot a fantastic third round of 69 at Merion to take a huge leap up the leaderboard at the US Open.

Following opening scores of 76 and 71, the 44-year-old from Aberdeen goes into Sunday's final round in a tie for 16th place.

Lawrie, who was awarded an OBE in the Queen's Birthday Honours, eagled the par four 10th and picked up shots at the first, second and 13th holes.

However, there were bogeys at four holes on a very difficult course.

The 1999 Open winner and member of last year's winning European Ryder cup team was one of just six players to card a score under 70 and is six over par.

Russell Knox, who opened with a 69, slipped back to 44th place with a round of 77, which included an ugly eight at the 15th.

Fellow Scot Martin Laird is 13 over par for the tournament and is in a share of 55th place.

Phil Mickelson, a five-time runner-up, is the only man under par and enjoys a one-stroke advantage over Hunter Mahan, Steve Stricker and Charl Schwartzel.