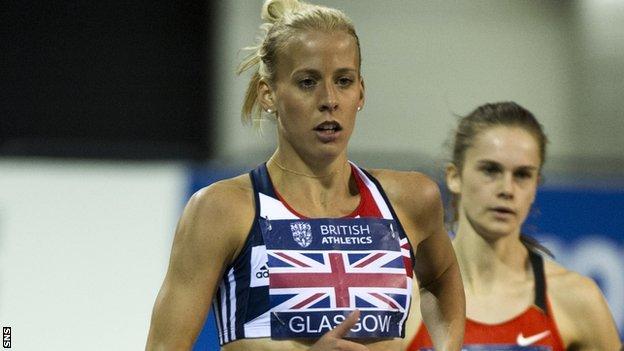 Lynsey Sharp is officially a European champion after the 800m silver medal she won in Helsinki last year was formally upgraded to a gold.

But her rival, 23, was subsequently banned for two years for doping.

European Athletics has now amended its records to show the Scottish runner as the winner, with Arzhakova listed as disqualified.

Sharp posted a link to the governing body's revised timesheet on her Twitter account and wrote: "It's official now, the results have been changed!

"Eventually I can change my Twitter bio. Feels good."

UK Athletics has previously discussed plans to make a medal presentation to Sharp at a home meeting this summer.