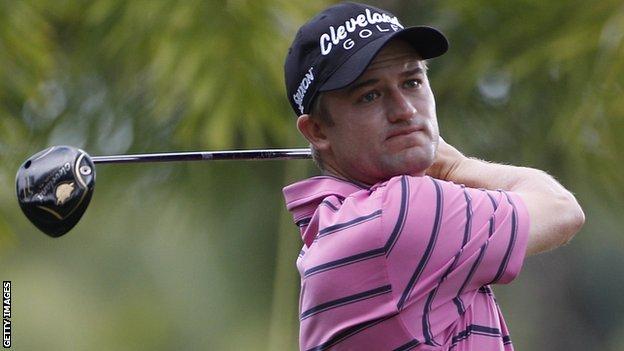 Scottish golfer Russell Knox has qualified for his first US Open after sharing first place in a sectional qualification tournament in Maryland.

The 27-year-old, originally from Inverness, is now based in Florida and gained his PGA Tour card in 2011.

Knox finished tied 28th at the Pebble Beach National Pro-Am, his best result of the season so far.

The graduate of Jacksonville University has recorded one win on the Nationwide Tour, the Chiquita Classic in 2011.

After finishing 143rd in the money list in 2012, Knox has conditional status on the PGA Tour this year.

It means he is also playing on the Web.com Tour, where he recorded a 12th-placed finish at the Mexico Championship.

Knox's success takes the number of Scots who will be competing at the US Open to four.

, while Paul Lawrie and Martin Laird will also be among the international field.