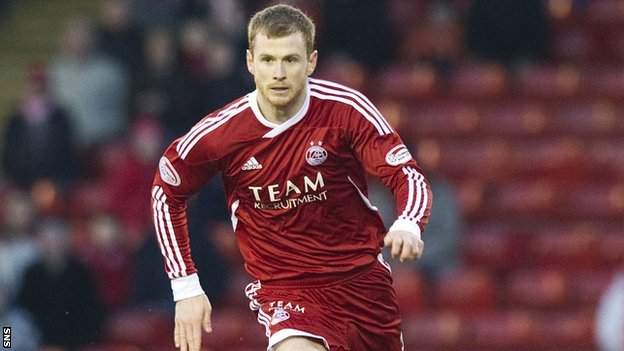 Reynolds spent the second half of last season at Pittodrie and the 25-year-old will be with the Dons for the remainder of the 2012-13 campaign.

"I'm delighted to be returning to Aberdeen," Reynolds told the Dons' official website.

"I know the club, the manager and the players well so it's going to be an easy transition for me."

The former Scotland Under-21 player began his career at Motherwell before moving to Wednesday in 2011.

"I was desperate to get my future resolved and when it was made clear I wouldn't be part of the manager's plans at Sheffield Wednesday my thoughts turned to the possibility of returning to Aberdeen," he added.

"It's great to be back at Pittodrie where I feel wanted and I just can't wait to get my season started."