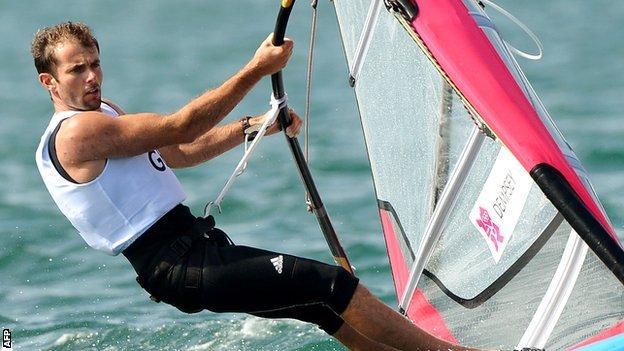 Dempsey, who also won silver at London 2012, started the day in second place but won the medal race to give him the overall lead of the men's RS:X event.

Shaw took gold in the women's RS:X, claiming her second win of the season.

There were also wins for Great Britain in the new Olympic classes for Rio 2016, with Charlotte Dobson and Nicola Groves in the 49er FX, and Ben Saxton and Hannah Diamond in the Nacra 17.