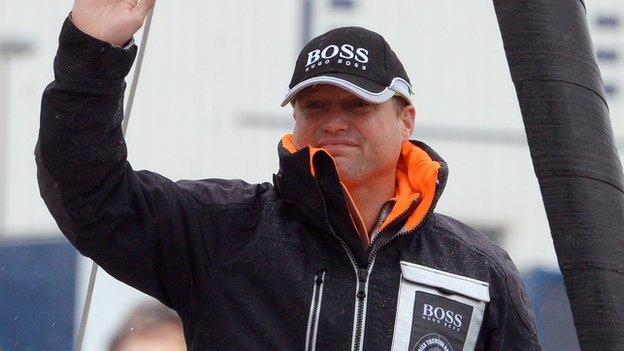 British skipper Alex Thomson has carried out emergency repairs on his boat after hitting an unidentified object in the Indian Ocean in the Vendee Globe round-the-world race.

The 37-year-old worked through the night on repairs.

"I have been unable to sail at 100% while managing this repair," Welsh-born Thomson said in a statement.

Thomson's statement added that he expected to have both rudders working again on Tuesday.

The Vendee Globe is a single-handed, non-stop round-the-world race, starting in France and covering 24,000 miles.